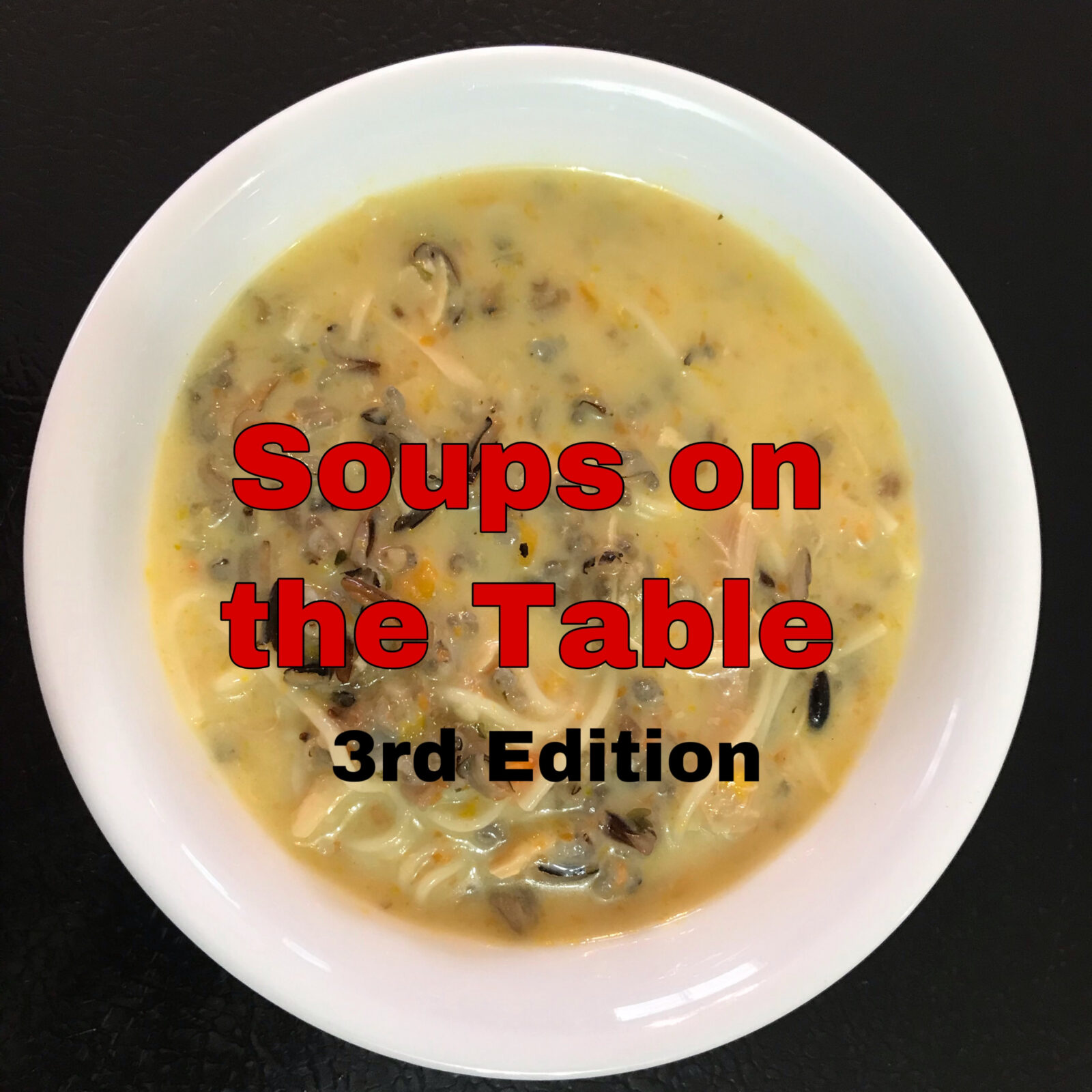 Chill is in the air and soups are again on the table. I am going to share another two favorite soups that are quick and easy to make.   Grab your soup pot and learn from my third edition of Soups on the Table. Soup Recipes for the Family.

Soup is so good, that if there is a slight chill, then I am making them.  They are the best in the fall, winter, and spring of the year. In Minnesota, we can even make them for some chilly summer days.

I love soup because they are the best as leftovers.  Perfect to eat at work or throw in the freezer and pull out for a very busy week.  If that is your case, then check out the blog on Frozen meals to simplify your life.

Tip: Buy a bag of wild rice, and cook the whole bag. Freeze in two cup containers to use in soups and other dishes.

This is my daughter’s favorite soup and when she moved in her own place this was the first recipe she requested. This soup is one you either like or just put up with like my son.

Unlike the traditional Fagioli, you find at Olive Garden or elsewhere this recipe has no tomatoes in it. I love tomatoes, but this is a nice change from the normal recipe and it is meatless.  Great soup for a “Meatless Monday” meal or the meatless meal you are serving once or more a week.

This soup has good amounts of fiber from the white Cannelini beans which are white kidney beans, vegetables, and whole wheat macaroni.   If you need it to be gluten-free then make it with gluten-free pasta. Serve this soup with some crusty bread, hummus sweet potato crackers and a salad.

The Best chicken broth for soups comes from cooking a whole chicken and reserving the bone broth.  See blog on chicken on the menu.

If you don’t have homemade chicken broth, then buy it in the carton. I sometimes use a combination of broths and water with Better than Bouillon.  One teaspoon is mixed with one cup of water. Watch the amounts you put in because it can increase the sodium in the soup.   This is why I usually don’t salt my soups until the final product is made.

Saute the garlic, onion, carrots, and celery in olive oil for 3-4 minutes. Add the spices and broth.  At a simmer add the cannellini beans and macaroni.  Simmer for 15-20 minutes until macaroni is al-dnte.  The longer this soup sits the more of the liquid is sucked up by the macaroni.  Serve immediately with Parmesan cheese grated on top and crackers, crusty bread or sourdough bread.

The next recipe is a very quick wild rice chicken soup.   What makes this recipe so quick is I usually have frozen chicken pieces in the freezer from a previously cooked chicken. I also use Kirkland canned chicken too. I also buy wild rice by the pound, cook it up and freeze in plastic bags.  It also uses one can of cream of chicken soup or make up your own mix for of chicken soup.

This soup tends to run on the thinner side of most Wild Rice soups which I enjoy. The angel hair pasta is optional and I have made it both ways.  The pasta thickens up the soup. Serve this soup with any cracker, or crusty bread and a salad.

We started putting angel hair pasta in this soup because my kids liked it better and it was a for all.  The soup also gets thicker when you add the angel hair pasta to it.  Try it, you may like it.

Add the onion, carrot, mushrooms, and pepper to a chopper such as a ninja or to chop or chop and grate by hand. Saute the onion, carrot, mushrooms, garlic, and pepper for 3 minutes. Add the canned soup, chicken broth, and chicken and let it come to a simmer.   Add the wild rice and pasta and parsley and simmer for 15 – 20 minutes. Add the half and half or evaporated milk cook until heated through up to 5 minutes and serve.

Mix dry ingredients and add broth and milk and stir with a wire whip until mixed through.  Use in place of a can of cream of chicken soup.

Enjoy the soup season and make it a goal to make a new soup every month to add to your favorite list.

What is your favorite soup to make or eat?  Comment below.